Your act of generosity, our longevity

With planned giving, you can provide long-lasting support for Preachers' Aid Society and Benefit Fund while enjoying financial benefits for yourself.

You are at: Planned Giving > News > Finance News 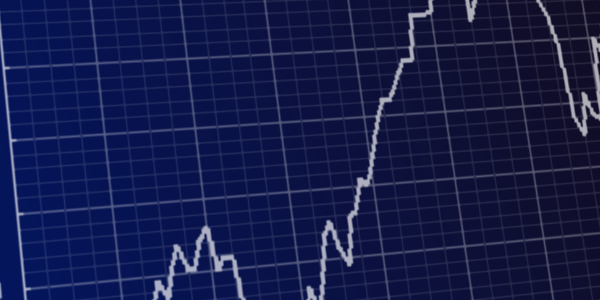 Alphabet announced revenue of $55.31 billion for the quarter, up from revenue of $41.16 billion in the same quarter last year. Revenue exceeded analysts' expectations of $51.70 billion.

"Over the last year, people have turned to Google Search and many online services to stay informed, connected and entertained," said Alphabet CEO Sundar Pichai. "We've continued our focus on delivering trusted services to help people around the world. Our Cloud services are helping businesses, big and small, accelerate their digital transformations."

The company reported first quarter earnings of $17.93 billion. This is up from earnings of $6.84 billion reported during the same quarter last year.

"I am very pleased with our progress to date in fiscal 2021, as our second quarter results demonstrated impressive momentum in the business with full sales recovery in the U.S.," said Starbucks President and CEO Kevin Johnson. "Our strong results validate our ability to adapt to changes in our environment and the needs of our customers."

Starbucks opened five net new stores in the second quarter, generating 3% year-over-year unit growth. The company ended the quarter with 32,943 stores globally. Comparable sales for the quarter increased 9%, with a decrease of 10% in comparable transactions offset by a 22% increase in the average ticket. There were 22.9 million active loyalty program members in the second quarter, up 18% year-over-year.

Revenue came in at $10.39 billion for the quarter, up 74% from $5.99 billion during the same quarter last year. This beat analysts' expected quarterly revenue of $10.29 billion.

"In Q1, we achieved our highest ever vehicle production and deliveries," the company stated in its earnings release. "This was in spite of multiple challenges, including seasonality, supply

chain instability and the transition to the new Model S and Model X."

The company posted net earnings of $438 million for the quarter. This was up from $16 million at this time last year.

Tesla reported delivery of 182,847 vehicles from its Model 3 and Model Y vehicle lines, setting a record for the first quarter. The company also delivered 2,030 older Model S and Model X vehicles. The company expects to deliver a minimum of 750,000 vehicles in fiscal year 2021. Tesla's revenue increase was partially attributed to $101 million realized from cryptocurrency sales in the quarter. The company purchased $1.5 billion in "digital assets" in the quarter.

On Thursday, the GDP for the U.S. was released indicating annualized growth of 6.4% for the first quarter. Economists expected GDP growth of 6.5%. Treasury yields increased in response to the strong economic growth data.

"This signals the economy is off and running and it will be a boom-like year," said chief economist at Moody's Analytics, Mark Zandi. "Obviously, the American consumer is powering the train and businesses are investing strongly."

On Wednesday, the Federal Reserve announced its intent to maintain short-term interest rates at near zero rates. The Federal Open Market Committee (FOMC) decision to hold rates steady was unanimous, despite the FOMC noting strong growth and recovery in the economy.

"The sectors most adversely affected by the pandemic remain weak but have shown improvement," the Federal Reserve stated in an FOMC press release. "Inflation has risen, largely reflecting transitory factors. Overall financial conditions remain accommodative, in part reflecting policy measures to support the economy and the flow of credit to U.S. households and businesses."

"In light of the rising COVID caseloads globally, U.S. Treasury yields stopped moving up a month ago and have remained within a narrow range as the market digests incoming economic data," said Sam Khater, Freddie Mac's Chief Economist. "The good news is that with rates under 3%, refinancing continues to be attractive for many borrowers who financed before 2020. But, for eager buyers, especially first-time homebuyers, inventory continues to be extremely tight and competition for available homes to purchase remains high."